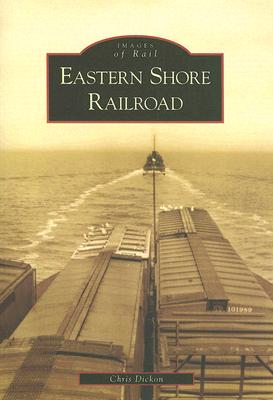 
Email or call for price
In the 1880s, New York railroad magnate Alexander Cassatt looked at a map of America's East Coast and decided that he could overcome a challenge of geography if he thought of a new railroad in a non-traditional way. North and South were now trading with each other postwar, and the two most
prominent coastal cities of those regions, New York and Norfolk, were less than 500 miles apart--except for one very large problem: at the end of a straight route down the Eastern Shore of Virginia lay the mouth of the Chesapeake Bay, with more than 20 miles of open water to the rail yards
of Norfolk. Thus Cassatt created the New York, Philadelphia, & Norfolk Railroad, which ran overland from Philadelphia to Cape Charles, Virginia; at Cape Charles, the railroad became waterborne on barges and passenger
ferries that traveled the rough waters at the mouth of the bay. Now known as the Eastern Shore Railroad, since 1884, the operation has followed a path through history that has been no less dramatic than the rise and fall--and curves in the rightof-way--of American railroading during that time.